Welcome to “The Rio Grande Valley”

McAllen, aka City of Palms, is found in the middle of a flat and relatively dry agricultural area known to its residents as “The Valley,” otherwise called the Rio Grande Valley named after the river the Rio Grande also following the US – Mexico border.

Due to its geographical location, historically McAllen has been out of mother nature’s way for natural disasters like earthquakes, tidal waves, and tornadoes. Compared to cities like Dallas and Houston, which are regularly impacted by weather emergencies, McAllen has yet to see any serious weather issue in recorded history.

McAllen is ranked as the lowest at-risk city in Texas for an earthquake event to occur with an Earthquake Index of 0.000. The Dallas-Fort Worth area, however, is listed as a 0.04 and ranked in the top 200 cities most likely to be affected by an earthquake in Texas. Also, the USGS National Hazard Map shows that the risk of an earthquake in Dallas has grown tenfold.

McAllen, though, is well over a thousand miles away from the closest earthquake fault line keeping your assets and our infrastructure safe from an earthquake or landslides. 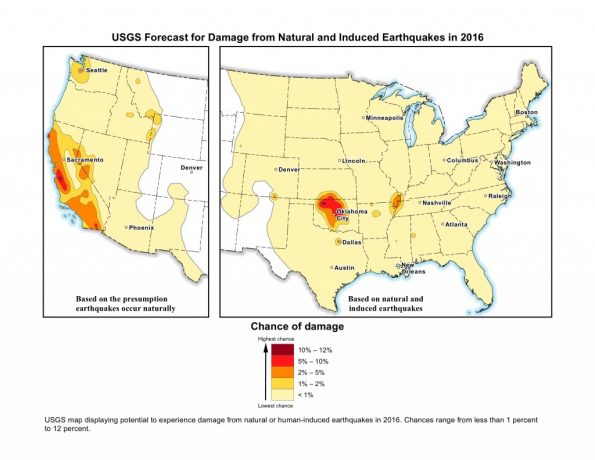 The risk of an earthquake in Dallas has grown tenfold | Source: USGS

McAllen, TX is also a low-risk area for tornadoes. According to records, the largest tornado in the McAllen area was no larger than an F3 that occurred almost over 40 years ago. 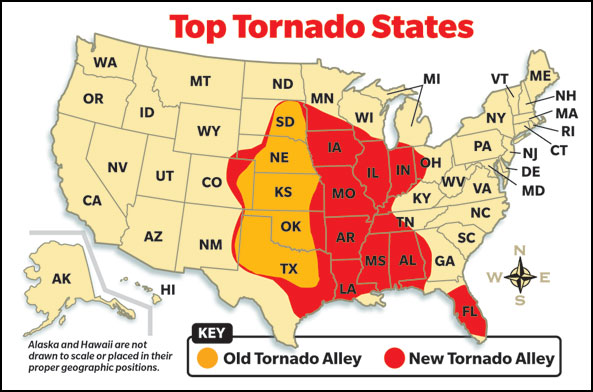 The closest beach, South Padre Island, is distanced just shy of a hundred miles away from our data center keeping us safe from tidal waves and other water-related disasters.

In recorded weather history McAllen has yet to see a serious hurricane or storm and is listed as a low-risk area for such weather disasters to occur, compared to other South Texas cities closer to the Gulf of Mexico.

The Dallas and Houston areas, on the other hand, end up having more than three or four deadly hurricanes a year. The Houston area, in particular, is listed as “The Worst Place for Hurricanes in America” ranked as a top three city, experiencing frequent power outages during these environmental events.

McAllen is a safe place far away from disasters. At MDC Data Centers, we guarantee not only a top-notch service but also the peace of mind of having your assets in a secure and dependable location.

MDC Data Centers (MDC), the leading colocation provider in South Texas, today announced the launch of the MDC Marketplace, an…